Meta – Xenakis and our partners have created numerous competitions and calls in order to facilitate a truly global, participatory celebration. See below for full information about each call: 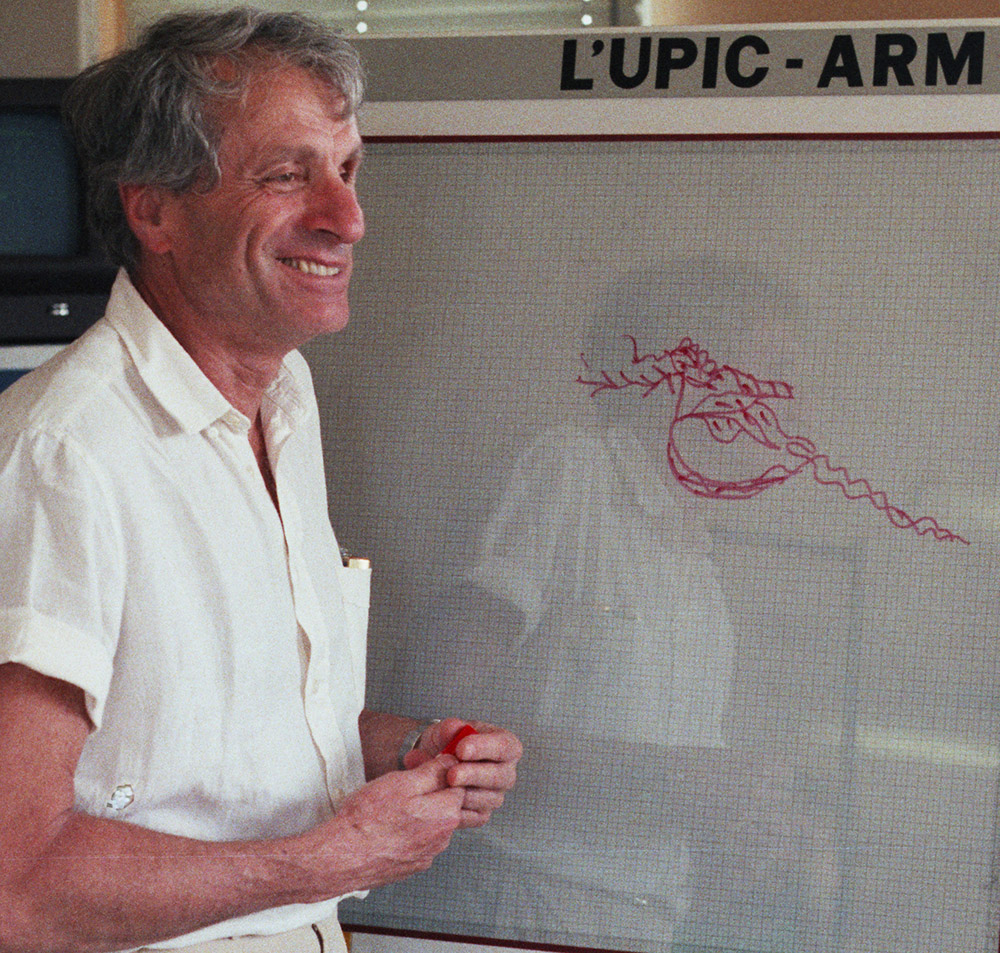 Musicians, scholars, artists, architects, mathematicians, philosophers from all over the world are invited to participate in an international, up-to-date, transdisciplinary discussion about the ever-contemporary “Xenakis Universalis.”

This is an open call and submissions will be anonymously double peer-reviewed by a distinguished international Scientific and Artistic Committee.

Suggested topics include but are not limited to:

ALL INFORMATION MUST BE PROVIDED AND PRESENTED IN ENGLISH

All proposals are to be submitted via EasyChair.

Results announced: . Due to the extraordinary quantity (and quality) of events world-wide around the May 29th milestone of Iannis Xenakis’s centenary, we need to extend the announcement of the results of our Open Call for the Meta-Xenakis Symposium until June 6, 2022.

The Greek Composers Union (est. 1931) has set as one of its main goals the promotion and wide dissemination of contemporary artistic creation in Greece and abroad. Within the scope of the international consortium Meta-Xenakis for the celebration of the centenary of the birth of Iannis Xenakis and after a proposal by professor emeritus of the Ionian University and Secretary General and Director of the Research and Documentation Centre of the Athens Conservatoire Haris Xantoudakis, the Greek Composers Union is organizing the international composition competition “Rethinking: Xenakis Composition Competition (Re:X)”. Composers from around the world, of any nationality and age, are invited to write chamber music works reflecting on the achievements of the great creator.

Compositions that will be submitted will be judged by an international committee, which will choose three works for the three prizes. Celebrating the 100th anniversary since the birth of Iannis Xenakis, the Friends of Music Society (https://sfm.gr/) offers the prizes for this international competition. The Ionian Ensemble will perform the three award-winning pieces at a special concert on the 3rd of October 2022 at Megaron – The Athens Concert Hall (https://www.megaron.gr/)

Some fifty years ago, Iannis Xenakis and his team at the CEMAMu (Centre d’Études de Mathématique et Automatique Musicales) invented the UPIC, a computer tool for composing music with the help of drawing. Anyone, with or without a musical background, could compose using this very large digitizing table and its associated system.

The CIX decided to pursue this initial goal of opening up creativity to all audiences and has developed a new application/software called UPISketch (see here for free download).

Xenakis’s centenary is the perfect occasion for us to launch this first UPISketch International Competition, with a total amount of 5000 € in prizes.

The competition is open to all nationalities and all ages.

The amateur category is reserved for non-professional musicians.

A & B (“UPISketch Solo”): All of the material should be generated by UPISketch, be from one or several projects using the app. However, the final product can be edited in a digital audio workstation (DAW) and processed through reverberation and/or filtering end and/or dynamics.

C: “UPISketch & Mixed Techniques”: The large majority of the sound material (in terms of content and duration) of the submitted work must be generated by UPISketch. It can be processed by any means. The final product could use other sources as well, but one must be able to retrace the UPISketch material by comparing the provided UPISketch-exported sounds with the piece itself.

Nota Bene: a VST-host version of UPISketch is in the making. With this version, any plugin will be usable for the current competition, as long as it is installed in UPISketch itself.

B & C: It is mandatory to provide the screen shots and exported sounds from the original UPISketch projects that were used, along with the piece. Also, spatialization can be added to expand stereo setups. In such cases, please send us a multi-track audio file.

Only one work per applicant may be submitted.

Collective works by more than one composer will be considered one submission. If a collective work is submitted, none of the composers participating at the collective is allowed to submit an individual work.

A distinguished international jury will anonymously review all submissions. The jury’s decisions will be final. Names of the jury members will be posted at the same time as the results on our website and related social media.

No member of the jury may participate in the Competition. In addition to the three prizes in each category the jury has the right to award Honorary Mentions for works they consider of high artistic value.

Concerts including awarded works will take place between September 28 and the end of 2022, in France, Greece, and Japan (and perhaps elsewhere).

The duration of submitted work should be more than 3 minutes, and preferably less than 20 minutes.

Submission is free of charge and will consist of the following files/links emailed to upisketch@meta-xenakis.org:

Three prizes will be given for each category:

Nota Bene: you are free to use any available version of UPISketch, but please note that the main platforms for the upcoming updates and version will be OSX and Windows.

To be informed when any new versions are released, please check for updates on the CIX website and on our Facebook page.

Video tutorials are available in the application itself, or online at https://www.youtube.com/playlist?list=PLvYFZ0B8tIk-1ch53Cb2LMTAA3Uoc6z1Y

Joel Chadabe (1938-2021) was not only a pioneer in electronic music in his own right, he was a major champion of others’ music as well, with an inimitable entrepreneurial spirit. 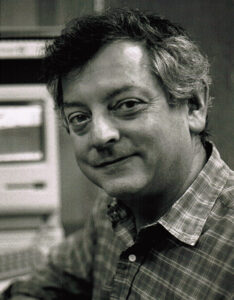 Photo: Carlo Carnevali (courtesy of the estate of Joel Chadabe)

Joel was also a close friend of Iannis Xenakis, the two having first met in Berlin in 1964 as Ford Foundation Fellows, and they always remained close. In 1997, Joel released, on his EMF (Electronic Music Foundation) label, the first CD of Xenakis’s electronic music, which became the best-selling disc in his catalogue. More recently, Joel’s e-publishing company Intelligent Arts entered into an agreement with Xenakis’s historic publisher Pendragon Press to release updated e-versions of the Xenakis Series in print copy (ongoing).

In fact, thanks to Joel’s tireless promotion, through his programming of concerts and other events, including after Xenakis’s death, Xenakis’s reputation flourished, especially in North America. Even on his own website, Joel dedicated a whole chapter to Xenakis, including several citations of personal conversations between the two: https://joelchadabe.net/xenakis/

Joel was also a founding member of the Xenakis Project of the Americas (XPA). To honor Joel’s contributions, XPA, as a partner in the Meta—Xenakis consortium, will dedicate a special session during its leg of the marathon Symposium (September 30, 2022, between 10 a.m. and 6 p.m. at the CUNY Graduate Center, 365 Fifth Avenue, New York City) to him.

Therefore, we are making an international Open Call for testimonials and/or tributes to Joel Chadabe. These can be photos, videos, recordings, an improvisation, a poem, etc. honoring and remembering the man and musician who has touched so many of us. Because of our anticipation of a worldwide response, we kindly request that each submission be under 3 minutes. Depending on the various media we will collect, we will determine the most appropriate way of presenting this compilation/montage both in New York and on our website.

An obituary from the New York Times is also available here.

May 19-20, 2022
University of California, San Diego
Steven Schick, coordinator
Transplanted Roots, a movable percussion conference now in its 10th year, will celebrate the Xenakis Centennial at the University of California, San Diego by examining questions of musical, instrumental and interpretive legacy that are rooted in the music of Iannis Xenakis.  Centered on the music of Xenakis, but expanding to include echoes of Xenakis among the composers of today, an international group of percussionists, composers and scholars will present papers and engage in dialogue.  The culminating musical event will be a marathon, “Xenakis Cabaret,” including major works for percussion along with selected other solo and chamber pieces.  Participating artists include hosts Steven Schick, the percussion group red fish blue fish, and composers Roger Reynolds and Sarah Hennies.
Back to top

As part of the centenary celebrations for the birth of Iannis Xenakis, the Performative Environments Arts Research Lab at the Department of Audiovisual Arts of the Ionian University, in collaboration with Athens Conservatory and the Meta-Xenakis consortium are planning a “Xenakis Networked Performance Marathon” from Friday, December 16 19:00 (local time EEST), to Saturday, December 17, 2022, 21:00 (local time, EEST). During this marathon, works will be performed at the same time at Athens Conservatory (Athens), as well as other venues worldwide, using the internet to transmit control data, audio and video and to coordinate performances between different locations. Our aim is to enable artists to perform their works from remote locations and to recreate these works in real time in Athens and other venues by running the software that creates these performances locally, based on the data received from the performers over the internet.

Performance data from live coders, scores, instrumental performers, dancers, installations and other media formats, will be shared live between individual coders, performers and venues anywhere in the world during the performances, enabling different realizations at each venue. The main data format will be Open Sound Control (OSC), and data will be broadcast to all performing venues via OscGroups (http://www.rossbencina.com/code/oscgroups). Additionally we will provide audio and video streaming. At the Athens Conservatory we will provide support for recreating performances on various software platforms such as SuperCollider, TidalCycles, FoxDot, SEMA and others.

Participants are invited to submit works inspired by Iannis Xenakis’s techniques or thinking to be performed at this marathon, including but not limited to Live Coding performances. The Athens performance group is, for example, designing a performance in which dancers equipped with wearable motion sensors will drive and/or modify sound with data from their movement both locally and remotely, supported by OscGroups. We invite proposals from other artists to develop and present works based on OSC and perform them concurrently in real time in various locations throughout the world.

We encourage proposals in any format provided that a remote networked component is involved. We will support the realization of different types of presentations on-site, and invite especially performances that involve an embodied aspect by transmitting data of sensors from performers but also from other sources, as well as performances where the remote realizations may adapt the presentation format according to the resources available locally.

All submissions should be submitted here.

All papers must be original and not simultaneously submitted to another journal or conference. The following paper categories are welcome:

The performances will be hosted at Athens Conservatory, the new Black Box Multifaceted Performance Space, or alternatively in the Aris Garoufalis Concert Hall.

All questions about submissions should be emailed to xnpm22@meta-xenakis.org.

Back to top
Page load link