06may7:30 pm9:00 pmCONCERT/HOMAGETribute to Xenakis and De Pablo 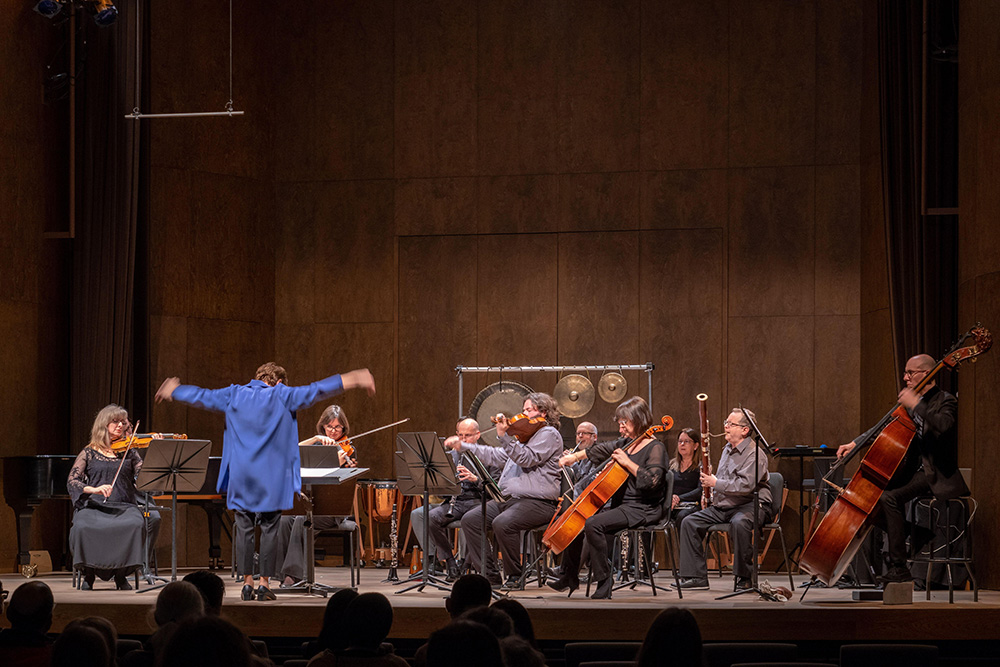 On May 6, 2022, the NEM is offering a foray into the musical universes of two exceptional composers — Luis de Pablo, who passed away on October 10 last year, and Iannis Xenakis, whose centenary of birth we are celebrating this year.

Two artists who, each in their own way, have made their mark on their time by developing, sharing and handing down their passion for music and art. Indeed, the NEM intends to highlight the legacy of these two men, several of whose works have formed their own history.

This concert also marks the Ensemble’s first reunion with its audience since November 2019 in its place of residence: the Salle Claude-Champagne at the Université de Montréal’s Faculty of Music.

An NEM concert in its purest form!

Founded in 1989 by Lorraine Vaillancourt, the Nouvel Ensemble Moderne (NEM) is a chamber orchestra composed of 15 permanent musicians in residence at the Université de Montréal’s Faculty of Music. A leader in its field, the NEM is known for its modernism and excellence in all aspects of the performance, creation and preservation of 20th and 21st century music. Université de Montréal Faculty of Music – 220 Avenue Vincent-d’Indy, Montreal, QC H2V 2T2